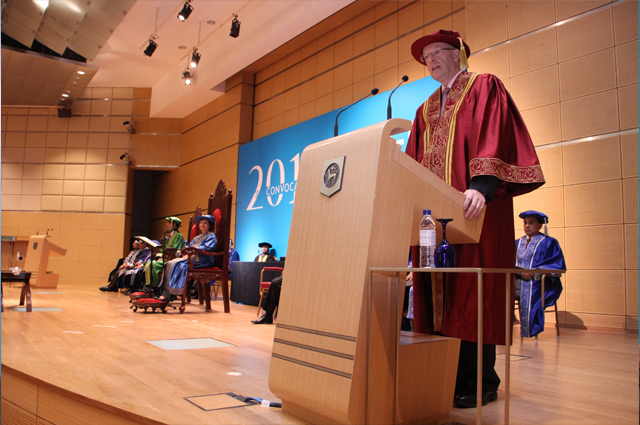 MUSLIM-MAJORITY nations like Turkey, Indonesia, Egypt and even Malaysia have seen their currencies depreciate and come under pressure in the recent past. Turkey and Egypt have had to increase domestic interest rates substantially to ease the exchange rate pressure. Indonesia, too, had to raise rates, albeit of a much lower magnitude. The choice of an exchange rate policy — whether pegged, free floating or managed — depends on the trade-off preference.

Fixed or pegged exchange rates offer stability, but this has to be traded off against the lack of independence in monetary policymaking.

A freely floating currency has the advantage of providing full flexibility in policymaking, but has to be traded off against the lack of exchange rate stability.

Faced with these trade-offs between fixed and free floats, many countries chose to be in between the two, with managed floats.

In a classic managed float, the home currency is allowed to float within a desired upper and lower bound against a foreign currency. Movements outside the band will trigger intervention by the central bank to bring the exchange rate back within the band.

When a currency is under pressure, for example, from a speculative attack, governments typically have two common policy options with which to defend.

The first is direct market action of buying the home currency to prevent further falls. This, however, depends on how much foreign reserves are available.

The resulting capital inflows should raise the demand for and ameliorate the pressure on the currency. Sharply higher interest rates increase the costs of speculation, hurting speculators since shorting requires borrowing.

However, this interest rate option, too, has its limits. The ability to raise and keep interest rates high will depend on the extent of leveraging or debt accumulation within the economy.

When debt is high within the domestic economy, raising interest rates can be painful and damaging.

Regardless of whether the currency is pegged or some form of managed float, exchange rate vulnerabilities usually occur when policies are inconsistent with the exchange rate objective.

Turkey’s currency problem is mainly due to euro-denominated debt, while Indonesia’s problem was its current account deficit.

The accumulation of debt, whether foreign or domestically sourced, is always negative for exchange rate management.

While the former results in obligatory capital outflows in servicing, the latter can constrain the policy option of raising and keeping interest rates high. Malaysia had such a problem during the 1997/98 Asian currency crisis. Though Malaysia had little foreign currency debt, its huge domestic debt meant that interest rates could not be kept high — lest the highly leveraged corporate and banking sectors begin a meltdown.

Current account deficits usually result from trade imbalances, an excess of imports over exports. This is often the result of populist pro-growth policies and credit booms that raise consumption and imports.

Often, the fiscal and monetary expansions go hand in hand with investments in mega projects.

When the mega projects are poorly sequenced, the resulting imports of capital goods accentuate the trade imbalance. Indonesia’s recent problems with its currency fall in this category.

Often times, the current account deficit is a symptom of an overvalued currency, a highly common phenomenon with managed floats, especially those with narrow bands.

This is a lethal combination that effectively pushes central banks into a corner. With low reserves, direct market intervention of buying the home currency with foreign reserves is limited.

The option of raising interest rates is also limited when the domestic economy is highly leveraged.

Speculators take advantage of such a situation by shorting both the currency and local stocks, especially banking sector stocks.

This effectively renders impotent any potential defence by the central bank. Raising interest rates will ease pressure on the currency, but could cause a banking sector meltdown as borrowers’ default; while not raising rates, on the other hand, will avoid a meltdown, but the home currency will inevitably crash.

A clever exchange rate policy is one that is far sighted and sufficiently pre-emptive to avoid being worked into a corner.

Governments must realise the best defence for a currency is good underlying fundamentals with little reliance on debt.