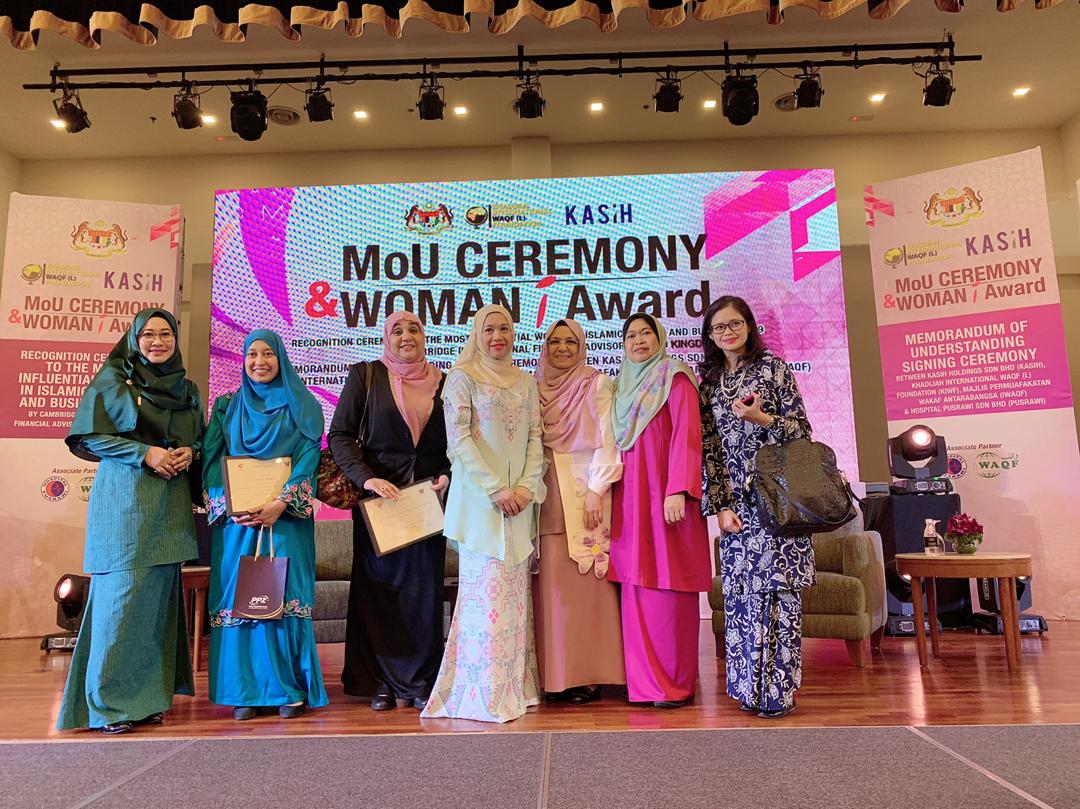 Kuala Lumpur, 31 July, 2019 – INCEIF congratulates its faculty members and alumni whose contribution to the Islamic finance industry received international acknowledgement when sixteen of them made it to the list of top 300 influential women who have made their mark in Islamic business. In total, the women of INCEIF made up the biggest representation on the list.

This is the second time that the INCEIF community is represented on the list since it was introduced last year. In 2018, 11 INCEIF women was included on the list of 100 influential women. INCEIF is proud of this acknowledgement as it further strengthen its mission to be the knowledge leader in Islamic finance, and be part of the decision making and policy setting of the industry.

A special ceremony was held in Kuala Lumpur this week to honour the Malaysian-based recipients, including the women of INCEIF, seeing that a large number of them were from Malaysia and were unable to attend the award ceremony in Dubai in June.

The WOMANi2019 report is compiled by financial services intelligence company Cambridge IF Analytica which publishes Islamic Finance Review, the official publication of UK-based Islamic Bankers Association. In compiling this year’s list, Cambridge IFA said it canvassed a wide range of market opinions and conducted extensive data mining exercise before drawing up a definitive list of the 300 most influential women in Islamic business and finance (IBF), assessing their influence and leadership over their institutions and market sector, as well as career and performance to date.

The assessments were carried out using a methodology based on professional leadership, advocacy and industry-wide recognition.

The roll call of honour is:

The WOMANi2019 report also acknowledged INCEIF Chancellor and former Bank Negara Malaysia Governor Tan Sri Dr Zeti Akhtar Aziz as the leader of this band of influential and powerful women in IBF. One of the most iconic figures in Islamic finance and among its most prominent advocates, Tan Sri Zeti has relentlessly worked to promote Islamic finance not just in Malaysia but the rest of the world. Given her stature and the unmatched breadth of her work, Tan Sri Zeti remains the most influential woman in Islamic finance of all time.

Throughout Islamic history, women have played important and influential roles in major areas such as policy making, politics, academia and business. However, active participation of women in business and finance is a contemporary phenomenon which has its roots in the Western influence on lifestyle and business organisations. IBF in general have been traditionally dominated by men. But over the last two decades, we have seen more women shattering the industry’s glass ceiling.

INCEIF salutes the women of INCEIF for their achievements, and looks forward to see more joining the list in making a difference in the world of Islamic banking and finance.