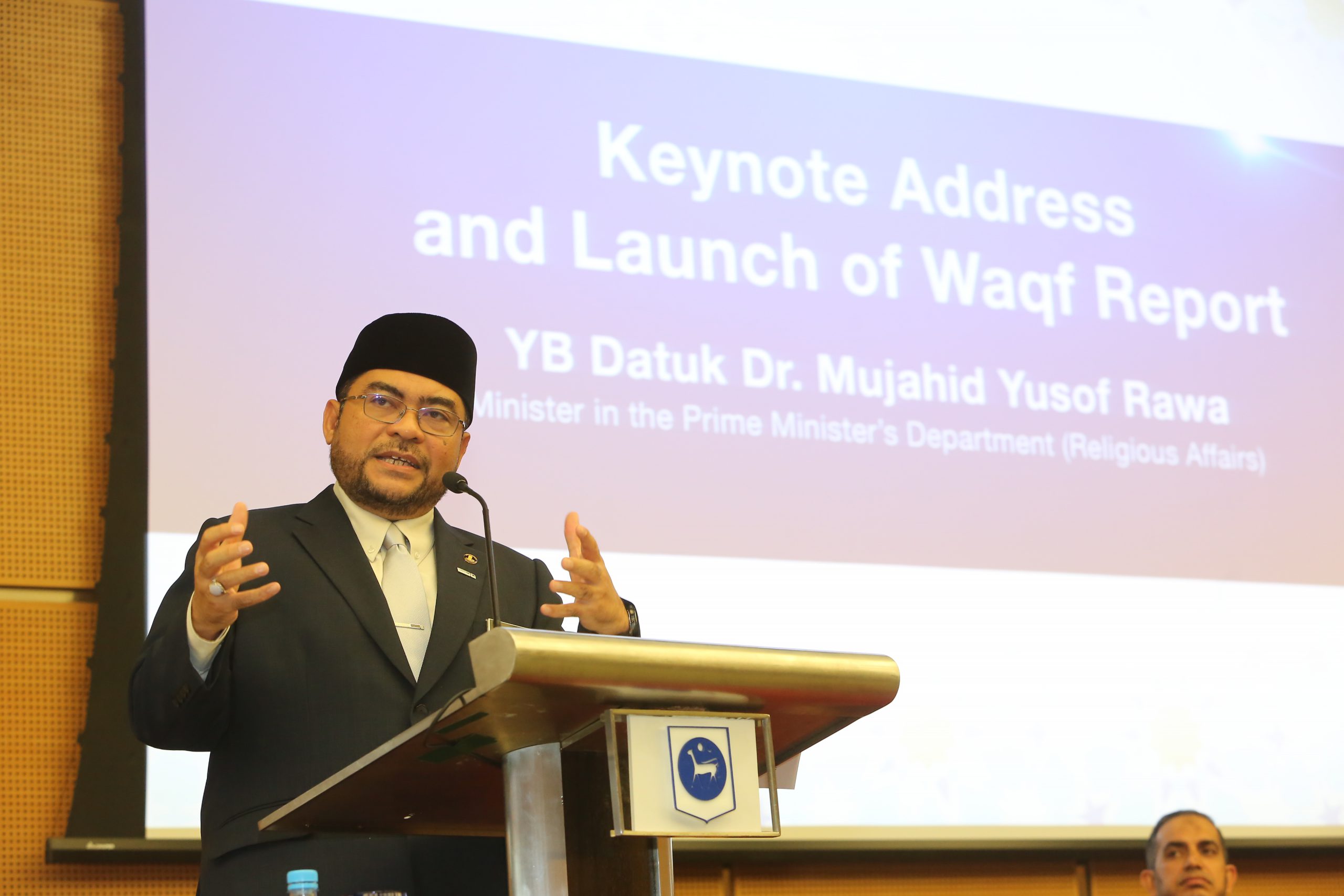 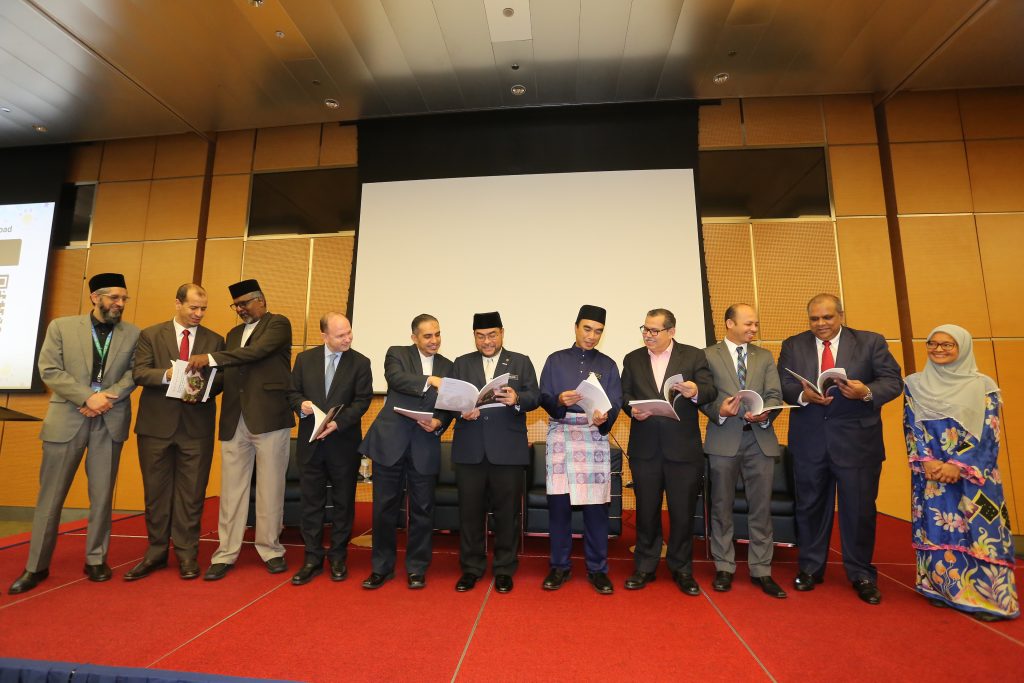 The report, produced by World Bank Group Global Knowledge and Research Hub in Malaysia, INCEIF and International Shari’ah Research Academy for Islamic Finance (ISRA), is the outcome of the presentations and discussions from the roundtable on the same topic held recently.

The report gives an overview of the waqf landscape, and highlights the potential of waqf institutions. It showcases living examples of waqf best practices that applied modern management techniques competently and transparently for others to emulate The agility of waqf is evidenced by the successful issuance of contemporary structures such as cash waqf, sukuk waqf and share waqf. This signals the need for more creativity and imagination. Outstanding issues affecting waqf implementation are also highlighted. The report revisits the enabling legislation and regulatory frameworks of selected jurisdictions and their inherited juristic opinions. It discusses factors that facilitate as well as hamper the development of waqf in the respective jurisdiction. Advanced technology like blockchain is suggested as a way to address the trust and transparency deficit affecting the waqf sector.

Throughout Islamic history, waqf through its characteristics of irrevocability, perpetuity and inalienability provides financial support for charitable activities intended for the public including the provision of healthcare, education, agriculture and infrastructure. Although waqf was adopted from earlier civilisations, it was Islam that expanded waqf and gave its distinguishing feature as a separate body which is neither owned by the state nor a private individual. This distinguishing feature has enabled waqf, together with other Islamic Social Finance instruments such as zakat, sadaqah and infaq, to have been used successfully to alleviate poverty and promote socio-economic development for centuries.

However, in recent times the ever-increasing income inequality gap and political instability in many majority Muslim countries have increased the need for social finance and economic empowerment. The urgency in implementing funding instruments such as waqf that are aligned with the belief system of contributors and needy communities alike, has not been more pronounced than now.

INCEIF President & CEO Dato’ Prof Dr Azmi Omar said notwithstanding the success stories of a number of modern day waqf institutions, there were concerns that must be addressed if waqf was to fully take its meaningful role in meeting the socio-economic needs of Muslim societies.

“At the top is the lack of supervisory and governance standards. Standardised reporting of operational and financial activities of waqf bodies should be developed in order to provide transparencies to all stakeholders. As waqf becomes more ubiquitous in Muslim societies, performance and impact assessment measures must be developed in order to evaluate the impact of waqf in achieving its objectives.

“As a university that strives to be a thought leader on Islamic Finance, INCEIF intends to lead the progress on research on waqf as an essential pillar of the Islamic economy, embracing technology in order to enhance efficiency in endowment acquisition and its long-term management,” added Dato’ Azmi.

ISRA Executive Director Prof Dr Akram Laldin said: “Waqf is a practical and realistic concept which manifests clearly the Maqasid Shariah (the higher objectives of Islamic law). It also goes hand-in-hand with UN’s Sustainable Development Goals. Therefore it is not a surprise for waqf to be flagged as one of the immediate and effective panacea to address the burgeoning complex socio-economic issues engulfing the global economies. For waqf to be implemented in a more meaningful way, a number of outstanding issues need revisiting to unlock the potential of waqf.

“To optimise the benefit of waqf to its fullest, collaboration and cooperation from all key stakeholders especially those in authorities is vital. Ability and willingness to change and adopt the best practices and policies for the better implementation is important in driving the development of waqf sector into the right direction to where it deserved,” added Dr Akram.

World Bank Group Representative to Malaysia and Country Manager, Dr Firas Raad said: “Achieving the Sustainable Development Goals by 2030 will require an estimated US$5 to US$7 trillion of annual investment across sectors and industries. With just 11 years left to the 2030 deadline, waqf structures can play an important role to bridge financing gaps. At the World Bank, we therefore see a role for waqf institutions in our efforts to achieve the Twin Goals of eradicating extreme poverty and boosting shared prosperity.  We are happy to partner with the Malaysian Government in unleashing the full potential of waqf solutions to promote greater sustainable development.”

Later, Dato’ Dr Mujahid witnessed the presentation of Letter of Intent to collaborate in halal research activities between INCEIF and the Faculty of Economics and Management of Universiti Putra Malaysia.

INCEIF was represented by Dato’ Azmi while UPM, by Dean of the Faculty, Prof Azali Mohamed. 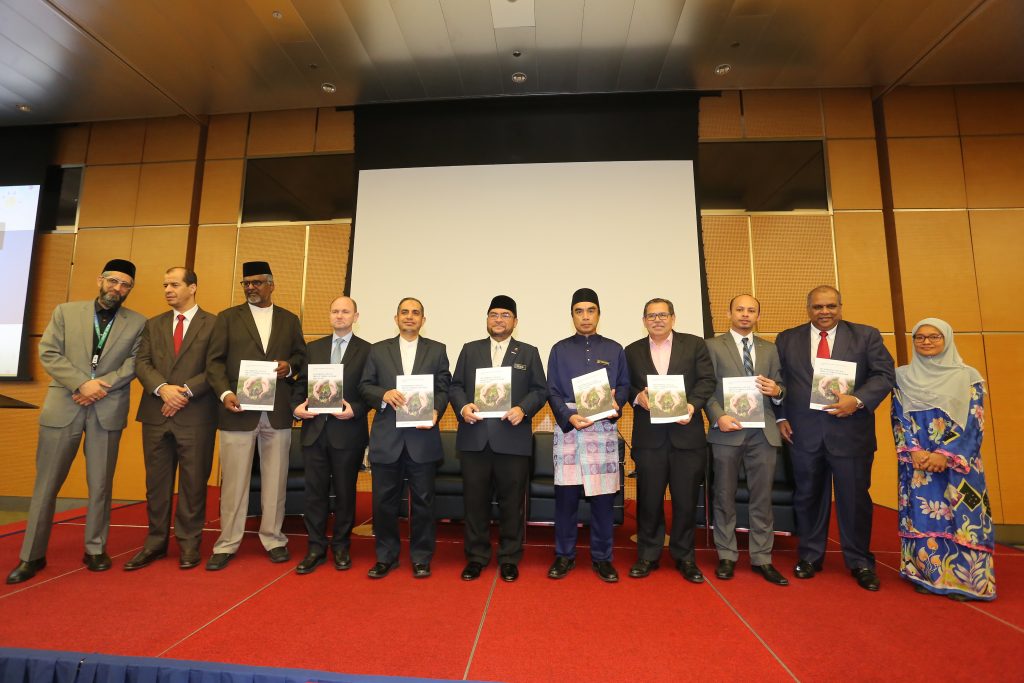