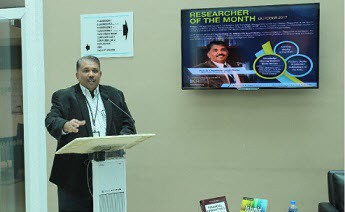 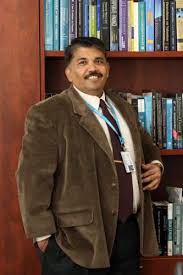 The modern variant of Islamic banking and finance (IBF), as we now know, has been around for more than three decades, closing in on 40 years. There is no doubting that it has made huge strides. Today, Islamic banking has a global presence — operating in not just Islamic countries, but several non-Muslim jurisdictions as well. Though less pervasive, Islamic capital markets, and in particular sukuk, have a global presence too.

Sovereign sukuk, for example, have been issued by many Muslim governments and non-Muslim ones alike. Today, the total assets of IBF is estimated to exceed US$2 trillion (RM8.18 trillion). Though still small relative to conventional finance, the fact that a new model has taken root and established a global footprint within a fairly short time is, by any measure, a success.

The early proponents and practitioners of IBF aspired for a world in which IBF contributes to correcting the many problems and injustices that conventional banking and finance has produced. A more egalitarian world in which a value-based banking model reduces poverty, inequality and leads to fairness and justice. In fact, some of the earlier experiments in Egypt, for example, failed because the banking model was long on aspiration and short on the economics.

The current version of IBF appears to have gotten the economics right by quite simply replicating conventional products. While such a strategy would have been sensible in the early days as IBF was seeking to get a foothold, the imitation now appears to have been carried on too far and for too long. What began initially as mimicking products, went further into replicating the processes and systems, and finally, even the regulation. The sheer absence of original thinking and innovation has resulted in an IBF sector that is now hard to differentiate from its conventional counterpart. The basis of Islamic finance and its true value-added, risk sharing philosophy has been relegated to insignificance. IBF today is little more than another purveyor of debt.

Unfortunately, in choosing to play the same game of debt creation and money lending, but having started a century later, IBF — despite its global footprint — has serious gaps and inconsistencies. Much of these gaps are, in some ways, the result of an inability to compete and force a presence within a contested space.

The first obvious gap is the inability of IBF to intermediate Muslim world resources to meet its own needs. For example, at least half of the world’s top 20 sovereign wealth funds (SWFs) are of Muslim world origin. Their total assets approximate US$3 trillion. Yet, the average market capitalisation of the top 10 Islamic world stock exchanges is a mere US$208 billion, the total value of outstanding sukuk is US$320 billion and listed Islamic equity funds total a mere US$56 billion.

It is obvious that Muslim SWF money has not gone into any of these IBF sectors. The entire Islamic banking sector has total assets of US$1.5 trillion. Given its deposit-taking model, Islamic SWF money could not have gone into them either. What seems obvious is that intermediation between Muslim world surplus and deficit units is taking place via the financial centres of the West. The large Islamic SWFs invest their resources in the West and Muslim world institutions in need of funds, then borrow/raise them from western banks. As a result, the value added that comes from intermediation is lost together with the potential for high income employment.

The gap in intermediation is one of several gaps, another key gap being the disconnect between IBF and the funding for development needs. Just about every Muslim nation is economically an emerging market developing economy. Their need for development infrastructure is massive. The World Bank estimates needed investment in development infrastructure to be at least US$1 trillion per year. Consulting firm McKinsey Global estimates the need at US$57 trillion by 2030. Much of these infrastructure funding needs are within the Muslim world, yet IBF appears unable to bridge the gap.

For example, of the US$320 billion outstanding sukuk, it is estimated that less than 10% has gone into infrastructure financing. The majority of sukuk have maturities of five years or less and go mainly to finance short-term working capital type financing. A similar picture emerges when Islamic banking assets are examined. A majority of Islamic bank financing revolves around personal financing, with most of the long-term financing being for home mortgages.

While Islamic banks and the other IBF players have been going head long into replicating conventional products, an inconsistency has also arisen. There appears to have been insufficient attention to compliant risk management tools to manage the resulting risks. Thus, even though the duration gaps of Islamic banks may be equal, if not larger than conventional ones, they lack the swaps and interest-rate derivatives with which to hedge.

Similarly, Islamic mutual funds have no Shariah-compliant means by which to hedge their equity exposure. While conventional equity fund managers have a wide array of hedging instruments available, index options, index futures and portfolio insurance strategies, etc, the Shariah-compliant equity fund manager has none. This is despite the fact that wealth preservation is a key tenet of Shariah. The ultimate gap within IBF is probably the near absence of risk-sharing instruments/ contracts.

The risk-sharing philosophy may be at the heart of Islamic finance, but the percentage of outstanding sukuk or of Islamic bank financing under risk-s haring contracts is only in the vicinity of 15%-20%. The majority of transactions within IBF are debt-based. Aside from missing out on the true value added via Islamic finance, reliance on a replication strategy puts IBF on the path of convergence and possible irrelevance. It is unfortunate that despite impressive growth, global presence and a system supposedly anchored in real assets, IBF has not had the kind of impact expected of it. Had IBF beaten its own path, rather than follow that of conventional finance, it would certainly have had more meaningful impact.