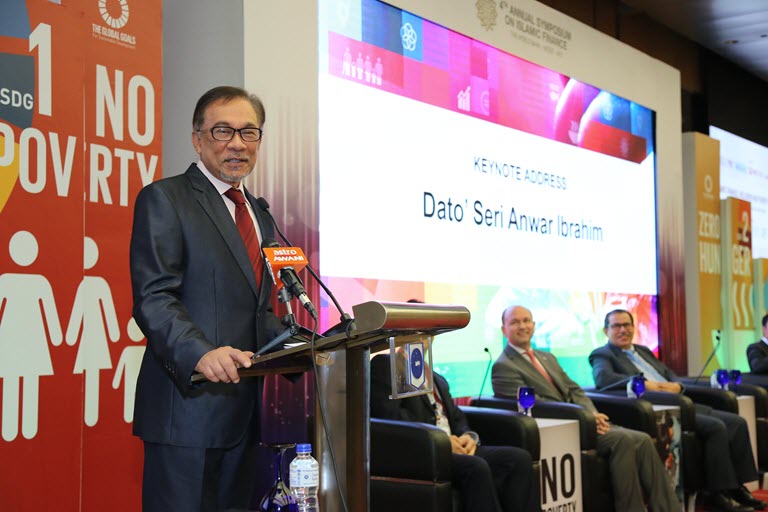 The Role of Islamic Finance Towards No Poverty and Zero Hunger 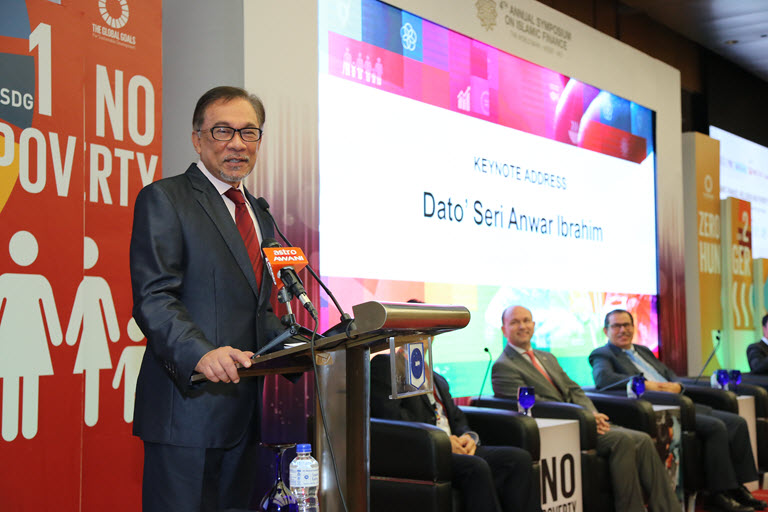 Kuala Lumpur, 11 Dec 2018 – Eradicating poverty in all its forms remains one of the greatest challenges facing humanity. While the number of people living in extreme poverty has dropped by more than half – from 1.9 billion in 1990, to 836 million in 2015 – too many people are still struggling to meet the most basic human needs. (Source: United Nations)

Extreme hunger and malnutrition also remain a huge barrier to development in many countries. United Nations (UN) estimates 795 million people are chronically undernourished as of 2014, often as a direct consequence of environmental degradation, drought and loss of biodiversity. Over 90 million children under the age of five are dangerously underweight.

Against this background, The World Bank, INCEIF and Islamic Research and Training Institute (IRTI) has zeroed in on poverty and hunger as the underlying topic for the 4th Annual Symposium on Islamic Finance with a theme “Islamic Finance, Inclusion and Poverty Alleviation”.  The aim of this year’s symposium is to continue the conversation from previous symposiums on UN Sustainable Development Goals (SDGs), focusing on no poverty (SDG1) and zero hunger (SDG2). These two objectives are indeed pertinent particularly to the Muslim world where sizable population is still living below the poverty line.

The symposium, co-organised by the three institutions, was officiated by Member of Parliament for Port Dickson Dato’ Seri Anwar Ibrahim who is known to be the voice for the marginalised and the impoverished.

Prof Dato’ Dr Azmi Omar, President & CEO of INCEIF said that INCEIF together with its partners The World Bank and IRTI have stepped up efforts to promote awareness on the importance of Islamic finance in supporting the SDGs. Although the size of Islamic finance is relatively small compared to its conventional counterpart, the value propositions of Islamic finance are in tandem with SDGs. The five pillars of Maqasid Shariah which are protection of faith, life, posterity, property and reason encapsulate the 17 SDGs.

There is a critical need to promote the creation of knowledge and comprehensive understanding on how Islamic finance can play a pivotal role in achieving SDGs through its institutions and instruments. By combining our strength and expertise, we can promote Islamic finance to be the key reference for those looking for an alternative view to the commonly presented in the mainstream. 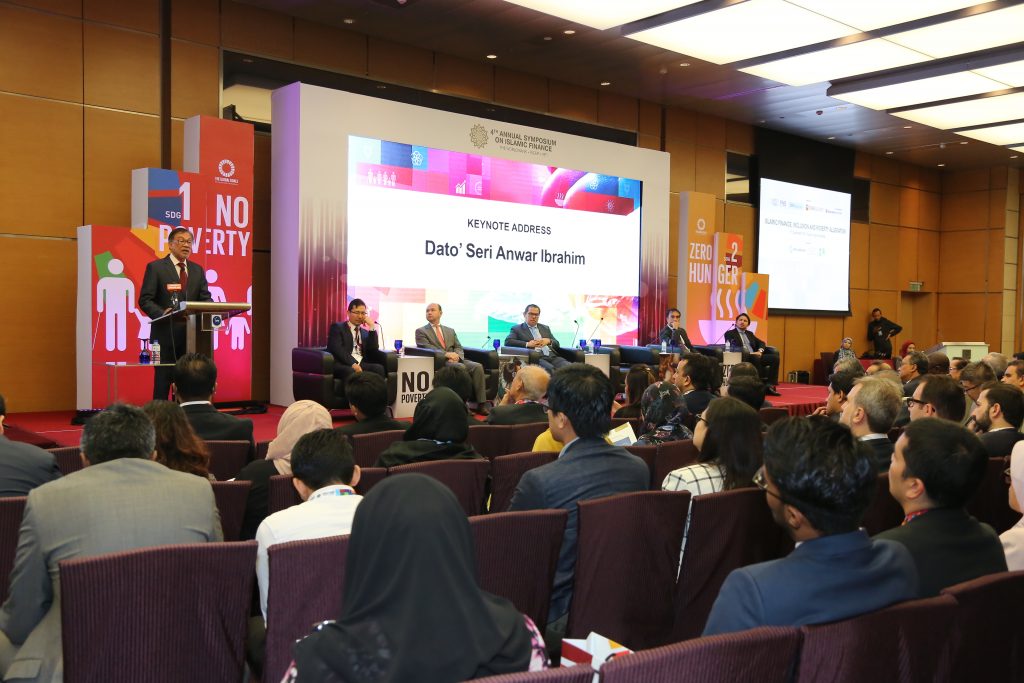 “I sincerely hope that the knowledge and experiences shared among academicians, policymakers, corporate leaders and politicians, provides feasible solutions to support SDGs and to address the challenges facing the global community.

“I strongly believe that there is an urgency to formulate a new narrative to aid vulnerable societies around the world. There is a need to humanise the narrative and not propagate the same view of the existing capitalist system. I have high hopes that INCEIF and its partners will continue this quest in order to make this world a better place for everyone,” Prof. Dato’ Dr. Azmi added.

Dr. Firas Raad, Country Manager for Malaysia, emphasised that the “World Bank Group has been active in fostering the development of Islamic Finance globally in close collaboration with Malaysian institutions. Among the notable achievements in this area include the issuance of the world’s first green sukuk in Malaysia, the development of a guidance document for Value Based Intermediation Financing and the preparation of an Investment Impact Assessment Framework.”

“Our twin goals of eliminating extreme poverty and boosting shared prosperity are closely linked to the Sustainable Development Goals (SDGs). We will be using our Islamic financing instruments to support the realization of both sets of goals,” Dr. Firas Raad added.

During the 2-day symposium, speakers and panelists from various institutions shed light on pertinent issues involving poverty and food security, with presentation of case studies from Indonesia, The Philippines and Malaysia. They discussed ideas and developments on policies to eradicate poverty, improve living standards, well-being of all people and promote inclusive societies. 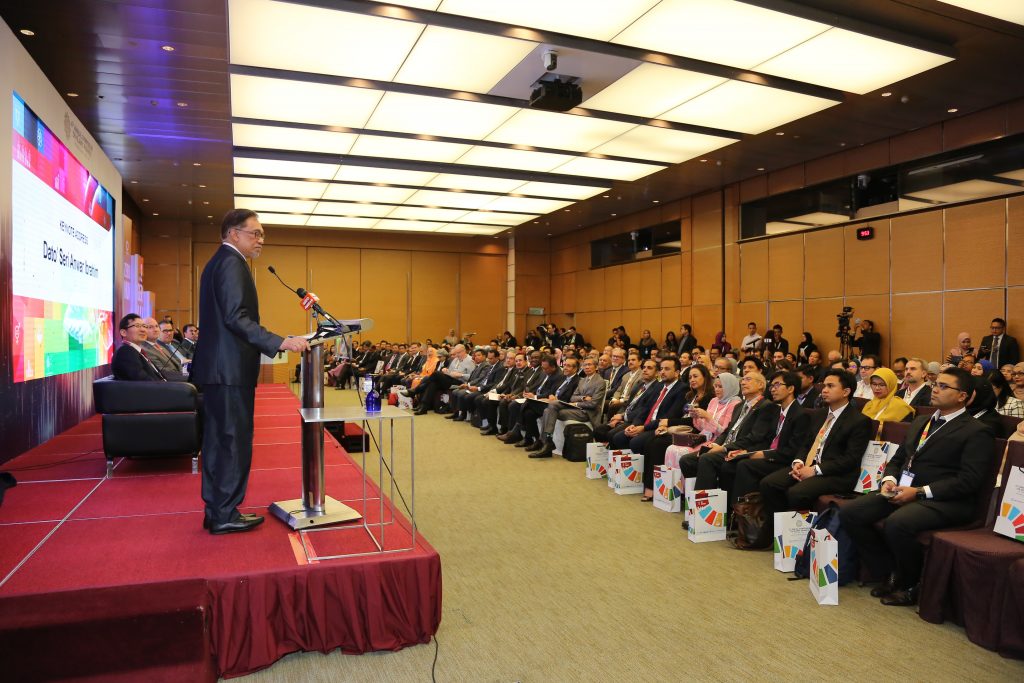 Reiterating Islamic finance industry’s stance in supporting the (SDGs), various global organisations continued to leverage on Islamic finance to facilitate the development of underprivileged communities around the world. In line with this, Islamic finance is increasingly becoming an important part of financing crises and communities, including conflict zones and displaced refugees.

The symposium also facilitated the collection and dissemination of knowledge through the publication of a report on Islamic Finance, Financial Inclusion and Poverty Alleviation. This is to ensure the discussions are not merely academic but translated to high impact initiatives through policies formulation and effective implementation of the relevant projects.

The symposium concluded that the success of the SDGs called for enormous financial and technical resources, and its effective and efficient deployment. Though traditional development finance has remained the main tool for financing development in most developing countries, Islamic finance could be a strong and non-traditional source of financing for the SDGs.