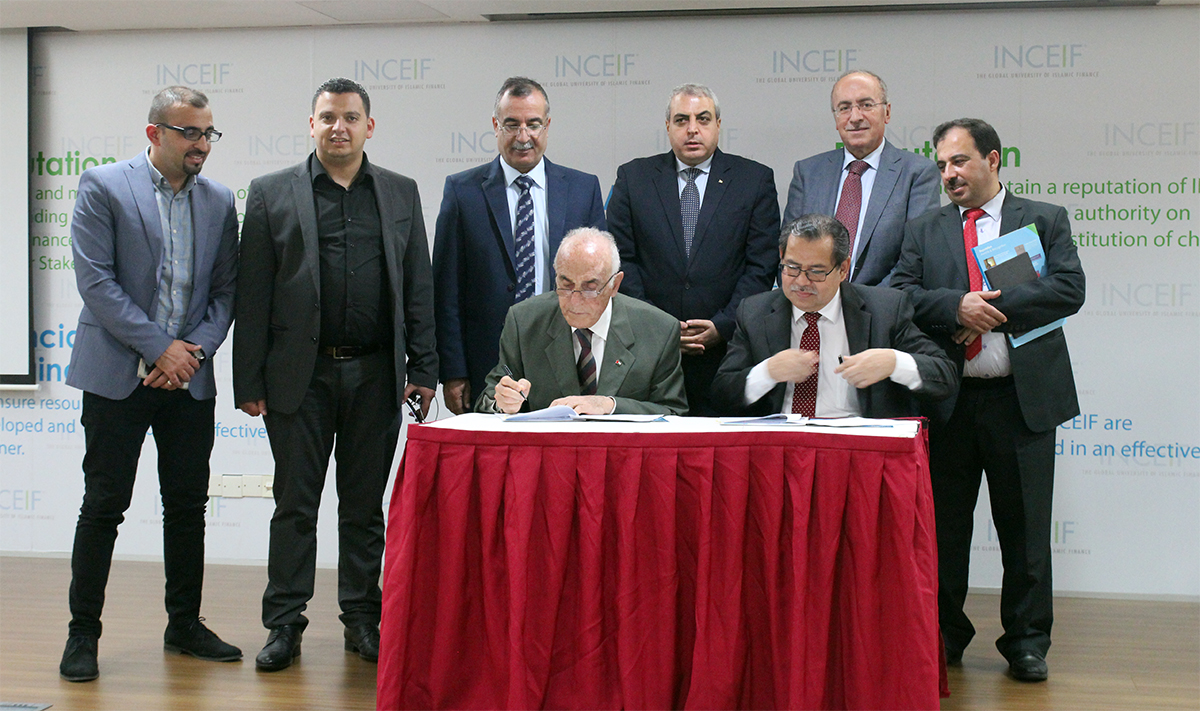 15 Feb, Kuala Lumpur – INCEIF today signed an MoU with Al-Quds University to establish a strategic working relationship to collaborate in various areas including education, research and human capital development, for the growth of Islamic finance in Palestine.

Al-Quds University was founded two decades ago as the only Palestinian university in Jerusalem, with a vision that only an educated and enlightened citizenry could safeguard the future of its nation.  Indeed education has been the key to our perseverance as a people struggling for freedom and self-determination.  It boasts of 15 faculties and 29 centres, including the first medical school in Palestine.

Dato’ Azmi said INCEIF is happy and proud to play a small yet significant part in the rebuilding of Palestine, specifically through education and human capital development in the Islamic finance industry. “INCEIF wants to share our knowledge in Islamic finance  particularly in the areas of social finance where mechanisms such as waqf could be used to fund many socially beneficial activities including education.”

Mr Munib, who spoke briefly on the socio economic development in Palestine, said the delegation was interested to see how Islamic finance could assist in the rebuilding of Palestine. “I am hopeful that the MoU signed today will paved the way for both parties to look into this matter. On a broader issue, Palestine welcomes investments from abroad in many areas including for housing, hospitals and universities. We are a resilient nation and will keep on rebuilding our infrastructure, physically and mentally, each time it is destroyed. Though we have been occupied for so many years, and seen armed conflict erupted from time to time, we still hold on to the hope that we will see a peaceful Palestine in this lifetime. We, the Palestinians, and the leadership of the Palestinian people, the late Yasser Arafat and our President, Mr Mahmoud Abbas, will never forget the support we have received from Malaysians. Thank you very much, on behalf of the Palestinians,” he added.