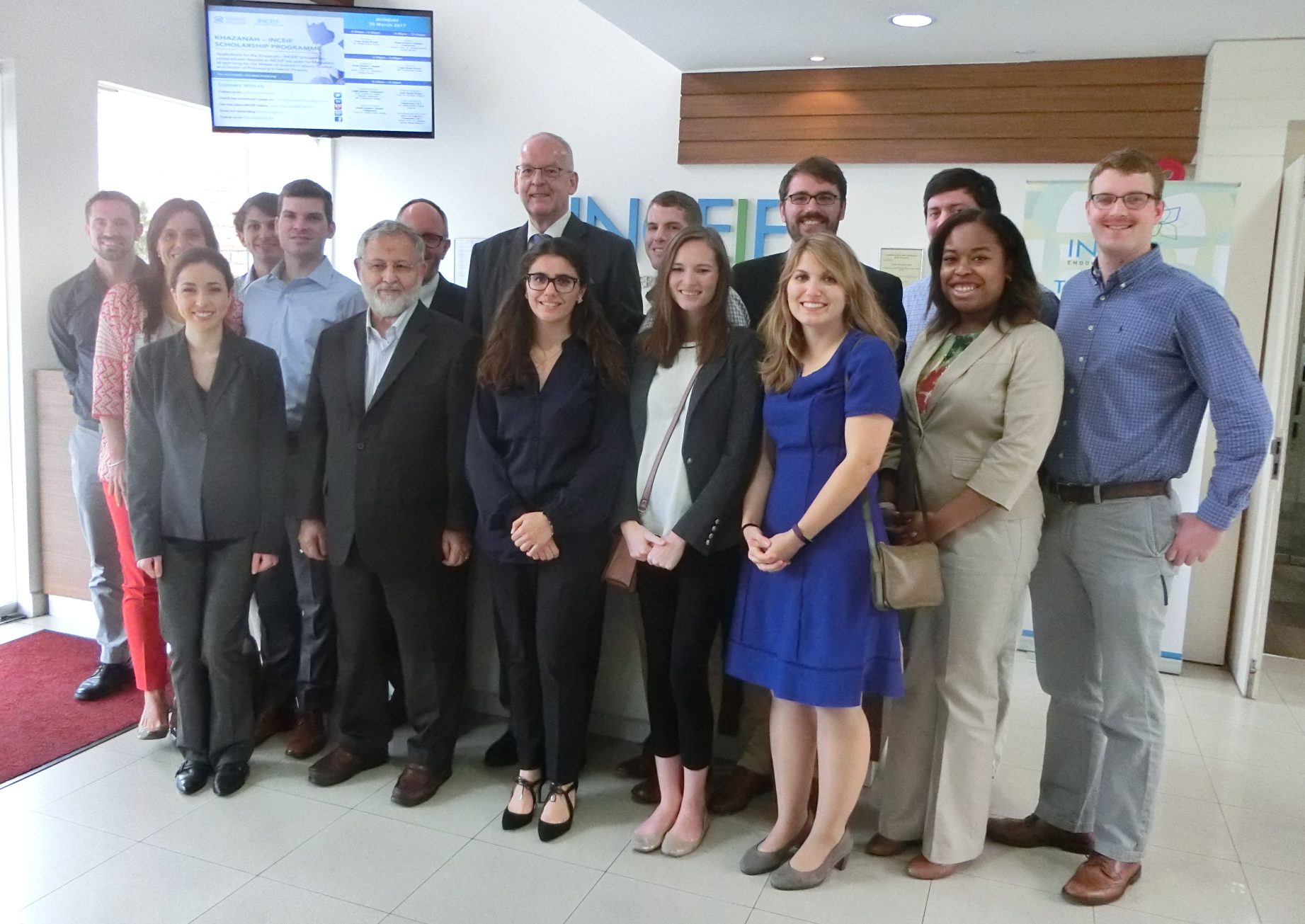 On hand to give them a clearer picture of how Islamic Finance operates were INCEIF President & CEO Daud Vicary Abdullah who spoke on the topic ‘Introduction to Islamic Finance and Its Global Relevance’ and INCEIF First Holder of Islamic Finance Chair, Prof Abbas Mirakhor who also took questions from the students during the Q-and-A session.

The students from Johns Hopkins University on campus today.

The students wanted to find out the reasons behind the success of Islamic finance in Malaysia, despite it being a small country in terms of market size, and the potential growth of the industry and its feasibility especially in western countries with minority Muslim populations.

Apart from INCEIF, the group also visited the Malaysian Parliament, the Securities Commission Malaysia, Bank Negara Malaysia, Islamic Banking and Finance Institutions Malaysia and Islamic Financial Services Board. INCEIF was the sole university visited by the group in Malaysia because they specifically wanted to find out more about Islamic finance, the way it has been successfully practiced and potential growth in new non-traditional markets.