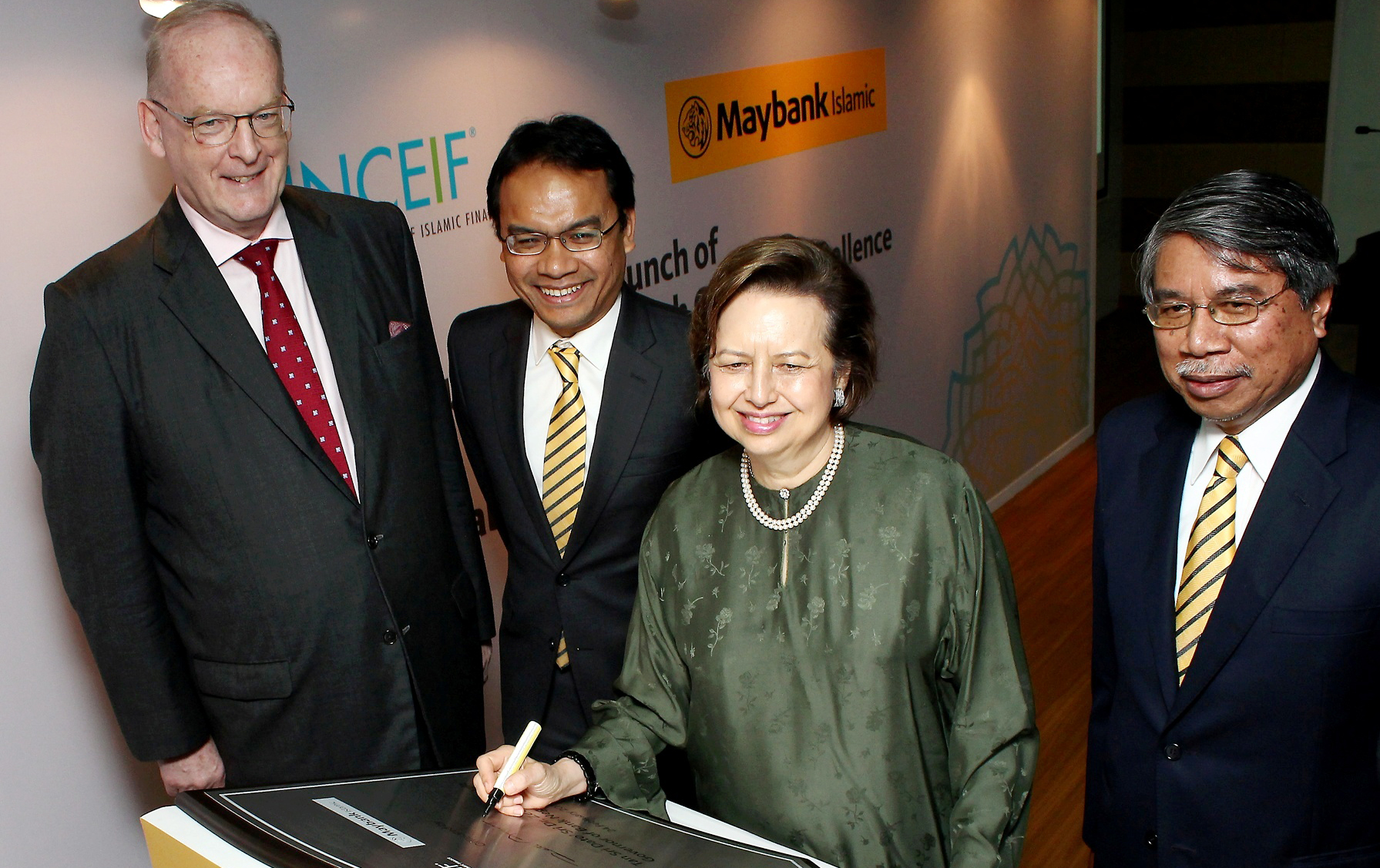 The Official Launch of Maybank Islamic Shariah Centre of Excellence

In conjunction with the launch, Maybank Islamic also announced a few collaborative initiatives with INCEIF, The Global University of Islamic Finance.

The SCoE, an idea conceptualised by Maybank Islamic aims to be the reference point on Shariah matters and best practices for industry players, regulatory and academic fraternities, and the general public within the areas of Shariah governance and the Islamic finance industry as a whole, research and education, talent development, thought leadership and community welfare.

The initiative with INCEIF is via Maybank Islamic’s sponsorship of the INCEIF auditorium at a cost of RM1 million, which encompasses a public lecture series, sponsorship of students and a reference book.

Maybank Islamic chairman Dato’ Seri Ismail Shahudin in his speech said the public lecture series which fulfils the thought leadership agenda will be a biannual event with the first one conducted today by Prof Abbas Mirakhor, who was First Holder, INCEIF Chair of Islamic Finance.

“The other initiatives include developing talent via the the sponsorship of 15 post graduate Shariah Scholars, including three from Asean countries at RM30,000 per student annually – the first by an Islamic bank; and the sponsorship of a reference book titled “Shariah Non Compliance Risk & Legal Documentations” by INCEIF Associate Professor Dr Ahcene Lahsasna, who is also MIB Shariah committee member,” he said.

Dato’ Seri Ismail said the establishment of SCoE is significantly meaningful for Maybank Islamic not just due to its aspiration to a be a global leader in Islamic finance, but also being able to contribute to the development of Islamic finance professionals globally and make Malaysia the Islamic Finance Centre of Excellence.

“Our collaborative initiatives with INCEIF are very much aligned with INCEIF’s objective, that is to address the growing prominence of Islamic finance and developing human capital for the global market,” he said adding that the public can get access to more information on these and other initiatives at a dedicated SCoE website – www.maybank.com.my/scoe.

Maybank Islamic CEO Muzaffar Hisham said the SCoE is a solid commitment by Maybank Islamic as a leading Islamic bank in the region as it strives to uphold high standards of Shariah practice in the niche Islamic finance sector.

“Through SCoE and using Shariah as the basis, Maybank Islamic is committed to continuously provide innovative solutions that can value add in addressing the various economic challenges faced by the community,” he said.

He pointed out that this augurs well with the objective of the recent enactment of the Islamic Financial Services Act 2013 (IFSA) that is to strengthen Shariah governance in relation to policies, procedures and operations of Islamic financial institutions.

“We fully embrace the IFSA and we are excited about how it will bring about more innovation in the Islamic finance marketplace,” said Muzaffar.

INCEIF President & CEO Daud Vicary Abdullah said, “ INCEIF is honoured to be part of this initiative with Maybank Islamic as with the SCoE, we look forward to improving industry knowledge and raising industry standard where Islamic banking is concerned.  INCEIF would like to record our thanks and appreciation to MIB for partnering with us on this effort.”

He added that it is heartening to have an industry player, one with such prestigious credentials and interest in developing Islamic finance, as a partner.

“This proactive and symbiotic collaboration certainly further strengthens INCEIF’s unique position as a university by the industry for the industry. We will continue to be industry-focussed, thus bridging the gap between academia and industry,” said Daud.