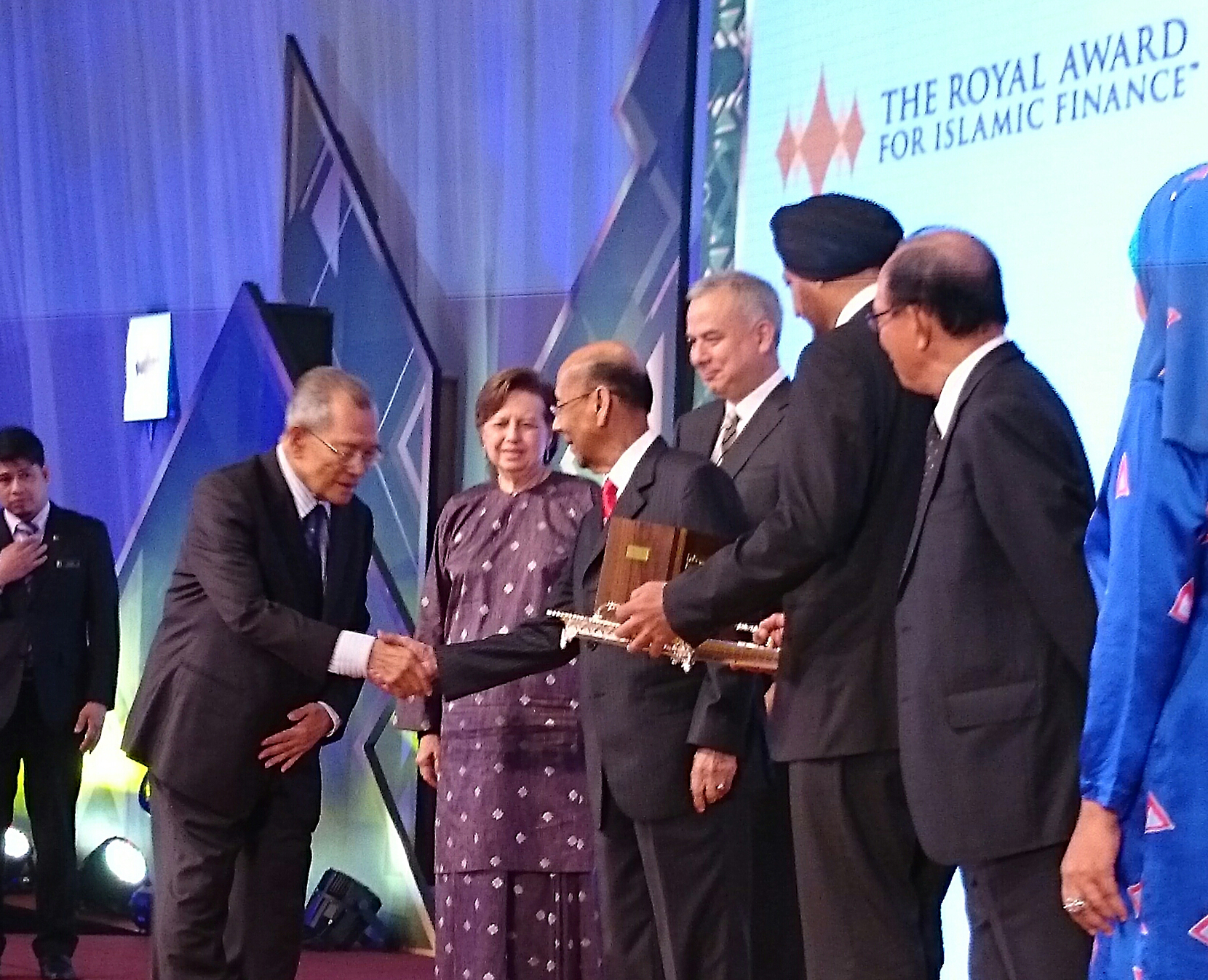 Dato’ Dr Abdul Halim Ismail, the Award Recipient of The Royal Award for Islamic Finance 2014, today delivered a lecture at the GIFF 2014.

Held once every two years, The Royal Award is spearheaded by Bank Negara Malaysia and Securities Commission Malaysia under the Malaysia International Islamic Financial Centre (MIFC) initiative. The Royal Award recognises Islamic finance visionaries who contribute significantly to the growth of the global economy and social progress of communities around the world.

YDP Agong awarding Dato’ Dr. Abdul Halim Ismail #TheRoyalAward in Islamic Finance in recognition of his contribution to the industry.

Dr. Abdul Halim, the first Malaysian to receive this award is recognised for his pivotal role in establishing the organisational structure and operating procedures of the first Islamic bank in 1983. He was appointed the Managing Director of Bank Islam and Chairman of the board of Syarikat Takaful Malaysia, the nation’s first Islamic insurance company. In 1994, Dr. Abdul Halim also helped to set up BIMB Securities, the first Islamic stockbroking company in Malaysia. Under his stewardship, both the industry and financial institutions flourished, making Islamic finance an increasingly attractive alternative and complement to conventional finance.

His vision and leadership also steered Bank Islam towards becoming a successful and robust Islamic financial institution upholding Shariah best practices. Bank Islam extended support, collaboration and training for Islamic banks which were subsequently set up within the region.

Dr. Abdul Halim’s expertise in Shariah law as well as Islamic banking and finance has led to his appointment on various Shariah boards of regulators, including Bank Negara Malaysia, Securities Commission Malaysia and Labuan International Business and Financial Centre; and financial institutions. An academician by training, he was the Dean of the Faculty of Economics at the National University of Malaysia (UKM) from 1974 to 1977.

On receiving The Royal Award on 2 Sep, Dr. Abdul Halim said, “Islamic finance is deeply connected with the real economy, offering ethical investments and funding options for businesses. The principles of Islamic finance also encourage inclusiveness and collaboration to create a fair and equitable financial system that is accessible to all. I am honoured to receive The Royal Award and look forward to continuing my journey to increase awareness, understanding and appreciation of Islamic finance around the world.”