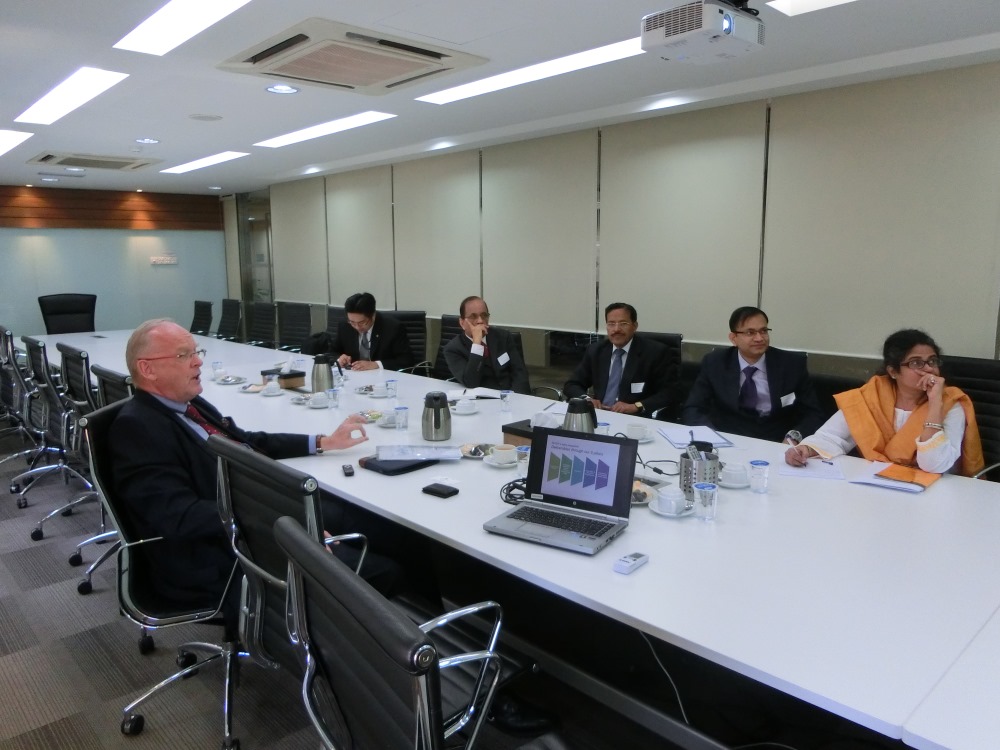 A delegation from the Reserve Bank of India (RBI) today got to know the details about the opportunities in pursuing executive training and higher studies in Islamic finance during a visit to the INCEIF campus.

The visit to INCEIF is part of the delegation’s fact-finding mission within Malaysia in general, and Bank Negara Malaysia in particular to learn how Islamic banking functions in both secular and Islamic countries. Malaysia was their choice of a case study in view of the country’s well-run Islamic banking institutions.

In August last year, RBI has allowed a firm in Kerala to operate as a non-banking financial company that follows Islamic principles – acknowledged by industry observers as a small step towards developing Shariah-compliant finance in the country. An estimated 177 million Muslims in India, the largest Muslim minority population in the world, are unable to use Islamic banks because laws covering the sector require banking to be based on Riba which is forbidden in Islam.

Apart from INCEIF, the RBI officials also had a fruitful visit to Bank Negara Malaysia where they were briefed on Malaysia’s story in developing a robust Islamic finance industry by the bank’s Islamic Banking and Takaful Department. Among the topics of interest to the officials were supervision of Islamic banks, the laws and tax implications in facilitating the Islamic banking industry.